We want to burning/programming the OTP for FS8530 PMIC using FlexGUI.

In OTP emulation mode, everything works fine. I could send the generated script (from Excel file) to the FS8530 PMIC and the device behaves as expected.

And now came the error: "Boot Enable (BE) failed".

After this process, when I start the device, it consumes a lot of current (~400mA) and the outputs of the regulators are not switched on.

I don't know what went wrong? and How to solve the error ?

Here is a screen shot from FLexGui. 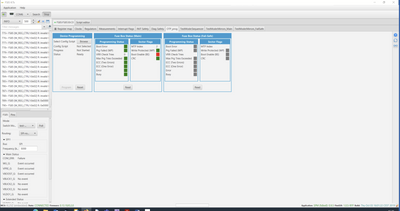 as it turned out, the OTP programming of A1 version had been adready done and can't be done again.

as it turned out, the OTP programming of A1 version had been adready done and can't be done again.