As described here, I could successfully program Cortex-M4 core of iMX8mq with segger JLink programmer via Jtag. This scenario was done in command line and now I want to do the same thing in mcuXpresso IDE.

I have created a generic Cortex-M4 project and have built it as the toolchain is arm-none-eabi-*. Now I want to create a debug configuration but it says:

"unable to find matching SEGGER J-Link device for "Generic-M4". please edit the launch configuration to add an appropriate device from the list of available devices"

After all these steps, when I want to debug project by click on the debug configuration, it says:

My question is that:

How to create a debug configuration for a generic Cortex-M4 project in MCUXpresso IDE? The debugger is SEGGER J-Link and I want to do the same thing described here in command line form BUT in MCUXpresso IDE with graphical features

Thanks in advance for your help

I changed my approach and switched to eclipse IDE for C/C++ and installed embedded plugins like jlink programmer.

Creating a generic C project configured to work with cross compiler and jlink programmer was my solution, But with a different approach

I changed my approach and switched to eclipse IDE for C/C++ and installed embedded plugins like jlink programmer.

Creating a generic C project configured to work with cross compiler and jlink programmer was my solution, But with a different approach

Hi!
I am also trying to program the Cortex-M4 of an i.MX8M Mini.
From the J-Flash software, I'm able to connect in JTAG via a SEGGER probe but my debug configuration doesn't work. My goal is the same as you : debugging on the Cortex-M4 from MCUXpresso IDE (or from any other Eclipse IDE). Can you send me your configuration please ? 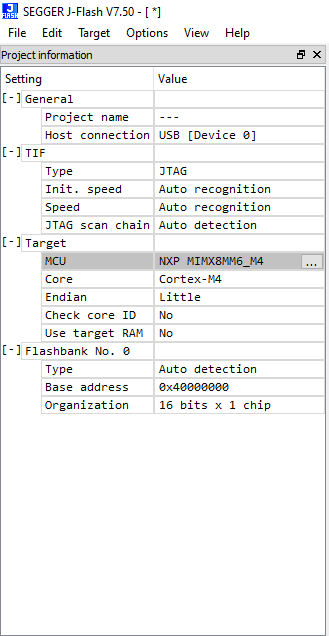 if you just pass just 'Generic M4' to the J-Link, it has no other important details about the core, things like memory mapping and the like.

Instead 'generic', have you tried passing MIMX8MQ6_M4 to the J-Link launch configuration here: 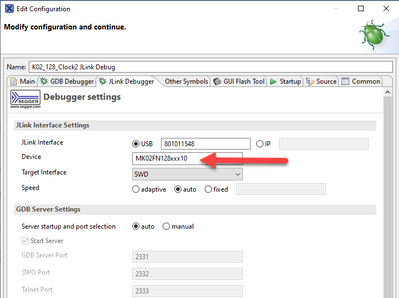 Yes, I did, but that did not help

what kind of error message did you get? Can you post the output of the console view?

I said the errors in my question post in red