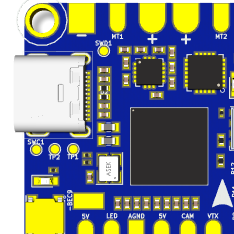 I want to design a usb link with OpenSDA. Very simple similar to this

Can I use other more simple and cheap Kinetis mcu with OpenSDA for that?

In this case the K20 will still be your best option as it is inexpensive and simple, yet still provides the USB peripheral you are looking for as your referenced usb linker uses.

I'd also recommend considering utilizing the LPC-Link2 as it supports the KL05 and this programmer/debugger uses the SWD programming protocol.

For more information you can check the LPC-Link2 overview page.

I'd also recommend taking a look at the external programmers that are already made. You can find the ones recommend for the KL05 in its Tools & Software under the Emulators, Probes and Programmers.

Also, please note that any support regarding the  development of the programming protocol using SWD will be with the Arm support team.

I'd like to share a similar concept for JTAG debugging with the NXP Power Architecture with you. We used to use the low budget evaluation board TRK-USB-MPC5643L as early development platform. During development, we had bricked several of the devices (seemingly due to bad debugger behavior with unprotected devices). A look into the schematics revealed that not only the pins of the JTAG connector on that board are connected to the MCU pins (for the intended purpose of debugging with an external JTAG debugger) but also the same, according set of signals from the on-board OpenSDA chip (intended for debugging over USB without additional hardware).

So why not using the JTAG connector as an output - to control another board? Only further condition: All affected pins of the MCU on the evaluation board need to be passive. Easy in our situation, we just unsoldered the bricked MCU from the boards. The wiring is a 14-wire one-by-one ribbon cable with two identical JTAG connectors at either end.

No software or configuration change is required. The debugger configuration settings in both, Code Warrior and S32 Design Studio, recognize the USB wire to the OpenSDA chip on the stripped evaluation board like they do with a P&E Multilink debugger and the same standard project settings can be used.

The solution has been tested with different boards (MPC5643L, MPC5748G and MPC5775B) and both mentioned development environments. The only perceivable difference to a true P&E Multilink is the a bit lower data transmission speed during flashing. 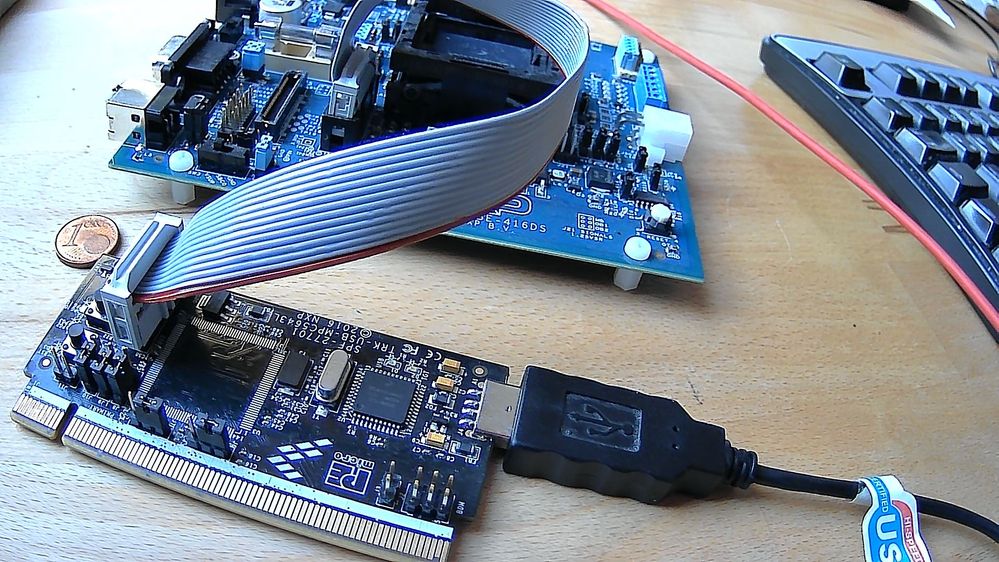 Firstly you need to define and consider what your target MCU is, because this will help you determine what MCU you may use as debug probe and consequently if it will be with OpenSDA or other SWD or JTAG protocols.

Since debug probes are usually connected to your host workstation via USB, the K20 is the simplest choice that still has a USB peripheral.

Let me know if you have further questions.

There is more cheap mcu that K20 compatible with OpenSDA?

Due to the nature of the OpenSDA, the Kinetis K20 is the best choice for price and simplicity. In addition the OpenSDA was designed to function correctly only with the K20.

Also, from the description of what you are trying to achieve I understand you'd like to make a programmer/debugger using OpenSDA. The link that you provided is not a debugger this device has a different purpose, than what your intending to do with the K20.

Yes, you are in the right. I don't want to debug the KL05, I want flash the firmware and read/write.

The other systems use a FTDI + Arduino ISP programmer in order to flash de firmware in the target. I want to made some similar in only one device.

In this case the K20 will still be your best option as it is inexpensive and simple, yet still provides the USB peripheral you are looking for as your referenced usb linker uses.

I'd also recommend considering utilizing the LPC-Link2 as it supports the KL05 and this programmer/debugger uses the SWD programming protocol.

For more information you can check the LPC-Link2 overview page.

I'd also recommend taking a look at the external programmers that are already made. You can find the ones recommend for the KL05 in its Tools & Software under the Emulators, Probes and Programmers.

Also, please note that any support regarding the  development of the programming protocol using SWD will be with the Arm support team.

I don't see anything in the tools and software section that does anything close to what he wants to do.  I only see the PE multilink programmers or development boards.  What he wants to do (i think) is take the OpenSDA portion of the dev boards and make it standalone.  I've been looking for this as well.  I'm not sure why NXP doesn't offer this.

jhd‌ have you made any progress?  I'm going give it a shot myself I guess.

I only need the device to program and debugger the esc and other devices as the vtx (kl03). Like as the Erich is ok to me I think.

Not sure if you have seen the tinyK20 we did at the Lucerne University:

tinyK20: New Board with micro-SD Card | MCU on Eclipse

It is basically using the OpenSDA circuit from the FRDM boards, but can be used as standalone breakout board (main purpose) or as a board to debug other Kinetis devices using CMSIS-DAP. It is using the same K20DX128 as on the FRDM boards: that way it is binary compatible to it.

We looked at using a differnt MCU, but this was not really feasible:

- price was rather high because of small number of boards. Our batches were in the 100-200 range to equip students with breakout boards.

- using a different microcontroller would require to port the bootloader. But because the OpenSDA 2.0+ bootloader needs using proprietary and expensive tools (see Adding a Delay to the ARM DAPLink Bootloader | MCU on Eclipse ) plus would need extra efforts we did not consider that option.

With that small number of boards, the BOM of the K20 including assembly (without any cables) was around $20.

So for us using the K20 was a good choice and has worked out very well. Later versions of a similar board have the K20 embedded on the board too: First tinyK22 Board with NXP K22FN512 ARM Cortex-M4F | MCU on Eclipse

If anywone would be interested to invest money and produce a large batch of boards to get the costs down, this could be considered of course. Ping me directly and I can see if there is any interest :-).

This seems to be what I'm talking about, thank you for sharing!  I can't tell if the K22 is an updated version or something more different.  You're obviously using it as more than just a programmer/debugger, which is great, but it's muddying the waters for me a bit.  I'm new to the ARM processor and OpenSDA.

What I'm trying to do is pull the OpenSDA portion of the dev board off and use it in exactly the same way it's currently being used.  I want to build a custom PCB based on ARM M4 and use the K20 board to program it using OpenSDA.  That way I don't have to build an elaborate OpenSDA circuit into my production boards.

Is that something that your board can do?  Thanks again!

yes, this is exactly what the tinyK20 is able to do.

On the  tinyK22 the OpenSDA circuit is embedded on the board as it is for example on the FRDM-K22F board.

In case you are not aware: you can use an existing board (e.g. see Using the Freescale Freedom (FRDM-KL43Z) to Debug other Boards | MCU on Eclipse) to debug another one. It depends a bit on the board, but in most cases you need to add a jumper/cut a trace and add a header.

An even better and less expensive way is using the LPC845-BRK for this:

Tutorial: Transforming the NXP LPC845-BRK into a CMSIS-DAP Debug Probe | MCU on Eclipse

For $5 you have a development board and a debug probe:

or see Using the LPCXpresso V2/V3 Boards to Debug an external Board | MCU on Eclipse .

Just one word on this: all these options are low cost options, so don't expect ultra fast debugging or flash programming. A Segger J-Link, LPC-Link2 or P&E Multilink are much more convenient to use and fasters by factors.

You can get a J-LINK EDU for $20, or a LPC-Link2 (if you are not aware of it) for $20 too (see Custom 3D Printed Enclosure for NXP LPC-Link2 Debug Probes | MCU on Eclipse ). I really recommend to invest at least that money.

Well it seems like there are many solutions to my problem, thank you for the wealth of information.  Money is not an issue so I definitely want to get something decent, however, after reading through your articles I went back to the schematic for the S32K144EVB and it looks like it can also be used as a programmer/debugger for external boards.

One thing I didn't mention earlier is that I'm developing in Simulink and the OpenSDA interface allows me to build and program in Simulink rather than using a traditional IDE.  This is literally my first NXP/ARM project so pardon my ignorance but I wasn't sure that a "regular" programmer would work with Simulink or if NXP had done something under the hood to work with the OpenSDA on the dev boards.  I don't even know what CMSIS-DAP is, for instance :-).  I have some research to do!

At any rate, you've been very helpful and I think I have enough information to move down the road with my design knowing that I will be able to program it when it arrives!  Love your blog, I've got it bookmarked for future reading.

I has try to print the enclosure time ago but one disaster. I think that is the slice because not works well with cura and my machine.