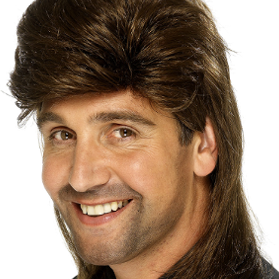 I am porting an application from the K20DN512ZM10 to the MK64FN1M0VLQ12 and am having problems with running the UARTs at high baud rates.

The K20 application has a clock speed of 96MHz and receives data from the UART and places it on a FreeRTOS queue and has no problem communicating with a RS485 transceiver at 460800 baud.

The MK64 application has a clock speed of 120MHz and manages the UART through the KSDK 2.4.2 (fsl_uart_freertos) and frequently receives kStatus_UART_RxHardwareOverrun when trying to read bytes. I have increased the priority of the interrupt (UART1_RX_TX in this case) but this does not help.

When configuring the UART through the SDK, the desired baud rate (461538) is within 3% of the actual rate (the difference is 738 and the tolerance is 13824, so I don't think there is a clock issue.

I also had this problem with another UART receiving data from a uBlox GPS module and in that case I had to reduce the baud rate to 115200 to get the number of hardware overruns down to an acceptable level. Note these are definitely hardware overruns, not ring buffer overruns.

I was expecting better performance from the MK64 over the K20, but instead it is worse. Why are there so many hardware overruns?

As I know, the normal UART error rate should lower than +/-1.5%, 3% is too larger, do you mean your GPS module can accept 3% error rate? It's really too high.

If there was a clock issue, I would expect noise or framing errors. Instead Rx hardware overrun errors indicate that received data is not being read fast enough.

I have abandoned the FreeRTOS mode in the MCUXpresso peripheral config tool and written my own interrupt handler that is able to process 460800 baud data without any Rx overrun errors at all. I believe the interrupt handler in the fsl_uart_freertos module is too long or has a bug that misses incoming data and causes overrun.

Have a great day.

Sorry for my later reply!

Today, I have tested the SDK_2.4.2_FRDM-K64F\boards\frdmk64f\rtos_examples\freertos_uart\iar

You can find, FRDM-K64 can receive the input data and output it back.

Thanks Kerry, I think I was being over-ambitious with how much the Kinetis UARTs can handle. Multiple peripherals on 460800 baud will cause Rx overrun, even at 120MHz.

460kBaud requires an rx interrupt to be handled every 23.8us and whether there is a risk of over-runs (with FIFO the receiver can bridge several such intervals before loss) depends on the time the UART Rx processing takes and also whether higher priority interrupts block/delay the UART interrupt.

In situations where the UART interrupt processing can become critical or represents a high CPU loading in the overall system you should use DMA since that will allow guaranteed operation with negligeable CPU overhead. Even at low CPU speeds fast UARTs are then not an issue.

For less questions and restrictions, and faster, cheaper developments: try uTasker for Kinetis

Do you just test our SDK with one UART module directly? At least it works on my side with 46800.

Besides, if you don't use the freertos, whether it works OK or not with multiple peripherals, you can test the SDK driver project.