Up and including to version 2.0.0, the Kinetis Design Studio (KDS) is using a custom GNU toolchain built by SOMNIUM Technologies, referred here as 'legacy'. That toolchain is built from the Free Software Foundation (FSF) source base, with a few minor modifications. Starting with v3.0.0, KDS will use the unmodified GNU Tools for ARM Embedded (launchpad, GCC ARM Embedded in Launchpad) toolchain (4.8-2014-q3-update : Series 4.8 : GCC ARM Embedded release), referred here as 'launchpad'. Projects created with KDS v3.0.0 will use the 'launchpad' tools by default. The reasons for 4.8-2014-q3 instead of using the later 4.9 release is because of stability and smaller footprint of 4.8 applications.

This opens a dialog with the currently open projects in the workspace:

NOTE: if the Upgrade Assistant does not list your project, then you still can do the manual steps as listed below (changing the linker flags).

Select the project(s) you want to migrate and press Next.

In the next dialog you can configure the details of the conversion, then press Finish:

A report will be generated in each project directory:

To migrate an existing 'legacy' project to a 'launchpad' project, usually only the linker settings need to be changed. For this go into the project properties, and check the 'Other linker flags' settings of the Linker. The table below shows the difference between the two:

For example this project is a legacy project using the newlib-nano library:

To use it with the 'launchpad' toolchain, use

With this, normally projects are converted from the 'legacy' to the 'launchpad' toolchain.

NOTE: after switching toolchains, delete all intermediate or object files (e.g. delete the Debug/Output folder inside the project. Mixing object files or libraries from different toolchains and compilers will likely cause problems.

Now your project should compile fine. However, if you face a problem about wrong Thumb mode, see the following subsection.

This means that the project settings do not properly pass the processor to the compiler. That problem mainly occurs with Kinetis SDK projects, and with Cortex-M0+ (Kinetis-L) projects.

As explained in the next section, the launchpad tools by default use the ARM, not the thumb mode.

The solution is to add

for these Kinetis-L projects to the compiler 'Other target flags'.

The following sections provide more detailed information about the differences.

Both the 'launchpad' and the 'legacy' toolchains are GNU toolchains, and largely compatible. However there are notable differences between the two toolchains:

Because the 'launchpad' tools are 32bit binaries on Linux only, this can cause issues on 64bit Linux systems (e.g. Ubuntu 14.04 64bit) if the needed 32bit support libraries are not installed. A usual error message is that arm-none-eabi-gcc could not be found, even if that file is present, because the system does not know how to run it. This is because the 'launchpad' tools are built as 32bit binaries, an the compatibility package needs to be installed. See http://gnuarmeclipse.livius.net/blog/toolchain-install/ how to install the necessary compatibility libraries for Linux.

The default options for the 'legacy' toolchain produce code for the ARM Cortex-M0+ (Thumb mode), while the 'launchpad' tools default to the 'ARM' mode (non-Thumb). Therefore it is important that the command line options -mthumb with the appropriate -mcpu= or -march= options are used if using the tools in command line only mode. If using the GNU ARM Eclipse plugins, then no changes are needed as these options are set in the project already:

The GNU compiler driver and linker is using default pre-built libraries in certain sub directories. These directories contain a default set of libraries, based on the compiler and architecture options specified during the build and link phase. Using linker options like -L to include a specific library or using options like -nostdlib or similar have an effect which libraries in which subdirectory are used. The library folder location is in <KDS_Installation_PATH>\toolchain\arm-none-eabi\lib

The following table lists the specific options used for both the legacy tools and launchpad tools to link for a specific architecture and floating point ABI used:

The legacy library has semihosting included in the libraries, and users can use _isatty() and _write() to overwrite the existing semihosting hooks. With the launchpad tools semihosting is enabled with the -specs=rdimon.specs linker option, and users can implement their own hooks with _sbrk(), _write(), _close(), _fstat(), _isatty(), _lseek() and _read(). To completely disable semihosting, the options -specs=nosys.specs can be passed to the linker.

The legacy library includes a default implementation of _exit(), while the launchpad tools do not include this. Using the -specs=nosys.specs linker option will ensure that the linker does not complain about the missing _exit() function.

Hi BlackNight​, thanks for sharing this document.  I have a question regarding the project conversion process.  For those project previously written using KSDK 1.1, KDS 3.0 is going to ask us to install the KSDK 1.1.0-GA update:

When I first loaded the project, I clicked "Skip loading", and then proceeded with the project conversion.  It completed successfully.  My thought was that after closing and re-opening the upgraded project, I would no longer get this message.  However, that's not the case.

At this point, I'm not sure what to do because I don't know how the 1.1.0-GA update will interact in KDS 3 when the 1.2.0-GA update is already installed.  I do know that clicking Continue loading results in a project that doesn't work. 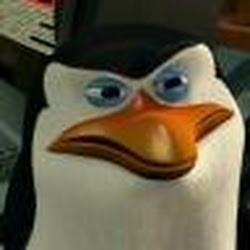 I found this guide very useful, thoughI think it is worth mentioning that launchpad toolchain in KDS3.0.0 has no support for C++ exceptions.

Any throw will cause the execution to end up in the unhandled exception handler regardless a suitable catch is available in the call chain. (See: Question #230716 : Questions : GCC ARM Embedded )

I have tried to use the "KDS upgrade assistant" tool to migrate KDS2.0 projects with KSDK1.1 to KDS3.0 version. I am trying to convert the KSDK libs, MQX libs, USBH libs and usb host demo projects. All succeeded except the usb host demo.

I got a failure message as follows.

So do I need to apply the last step in upgrade option?

It seems that your project already has a file exit.c with _exit() in it, so you do not need to do this last step.