Azure RTOS TraceX is Microsoft’s host-based analysis tool that provides developers with a graphical view of real-time system events and enables them to visualize and better understand the behavior of their real-time systems. With Azure RTOS TraceX, developers can se clearly the occurrence of system events like interrupts and context switches that occur out of view of standard debugging tools.

You can obtain the TraceX app from the Microsoft App Store by searching for TraceX, or by going directly to the TraceX page. Then install the TraceX according to the pop up manuals.

3 Enabling Trace Inside the application

Trace-dependent code is activated using TX_ENABLE_EVENT_TRACE define. It must be added in the preprocessor section of the compiler. This must be done for the application itself and for the linked libraries. (e.g. ThreadX library) 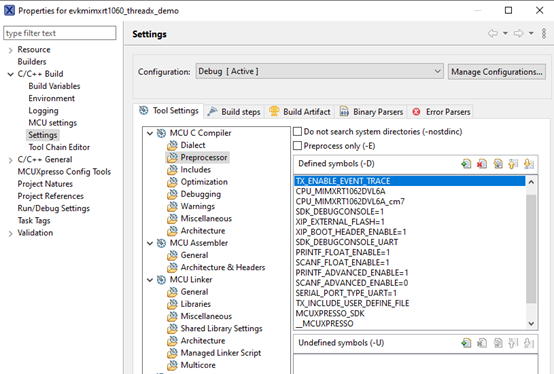 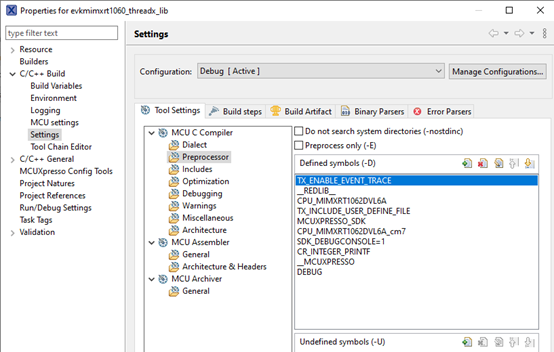 A buffer area for storing the trace events occurring at run-time must be specified and then further instruct the ThreadX trace sub-system to use it. Buffer can be a global variable, just like in the example below: 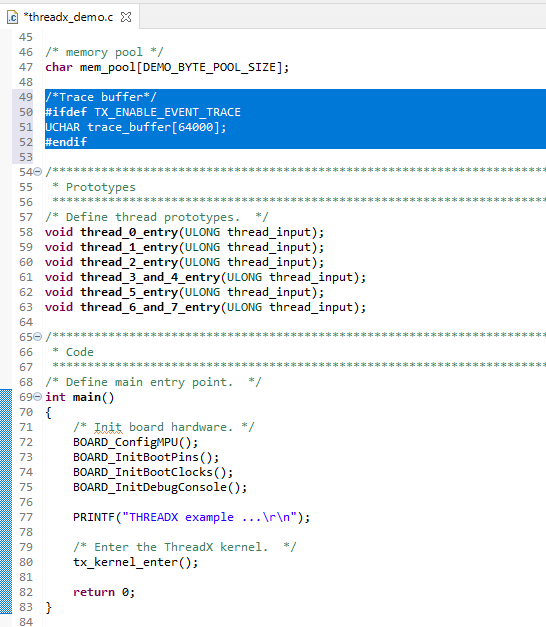 Trace must be explicitly enabled inside the application by calling tx_trace_enable(). This can be achieved by adding the below code.

* Allow a maximum of 30 ThreadX objects in the registery.

It is recommended to enable trace inside tx_application_define( ). 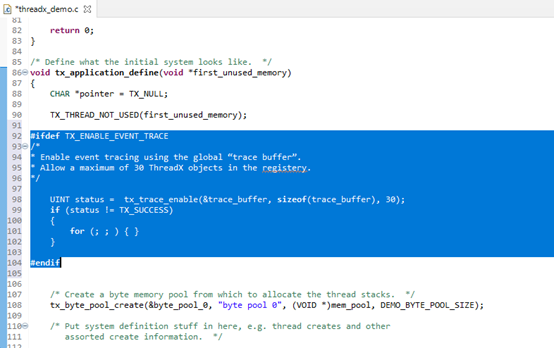 Compile the ThreadX lib (the compiled library will be in the Debug folder).

After successful build and compilation, a new library appears in the Debug / Release directory. It has a name like libevkimixrt1060_threadx_lib.a.

Please rename it to libthreadx.a and copy it to the directory, azure-rtos/binary/treadx/mcux/, in the evkmimxrt1060_threadx_demo project to replace the original one. 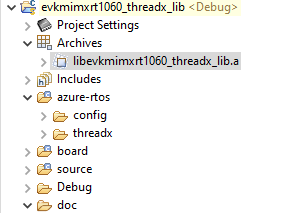 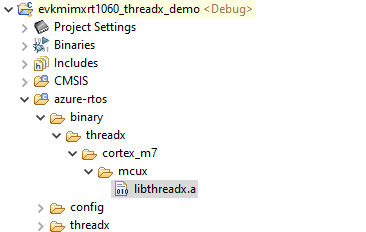 Trace Export feature is controlled by a list of preferences that can be accessed and further modified via window->Preference page. 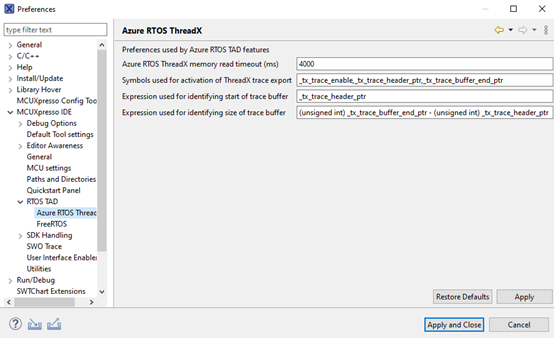 Pause your application and the Trace Export button is located in the Debug view’s toolbar, as illustrated in the screenshot below.

Once the Trace Expert button is clicked, a modal dialog window will be presented.  A file path must be specified and then click the Export button. The exported file can be imported in Azure RTOS TraceX tool afterwards. 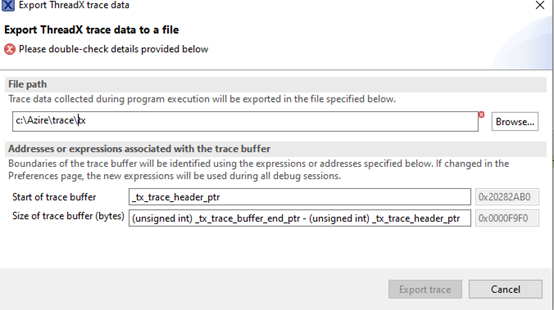 From Azure RTOS TraceX, we can open the imported file.

System summary line contains a summary of the context as well as the corresponding event summary underneath. 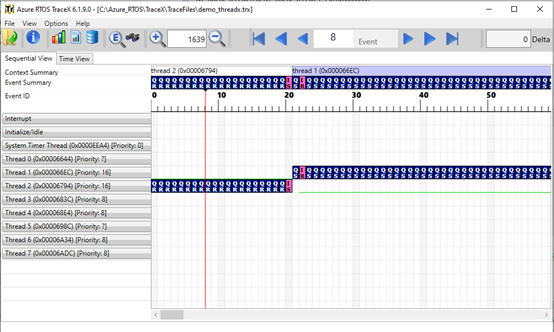 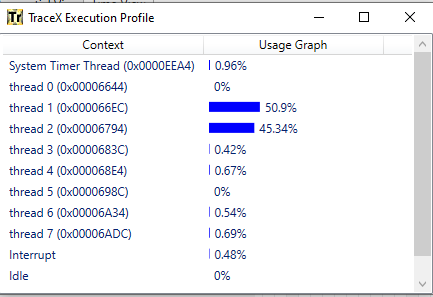 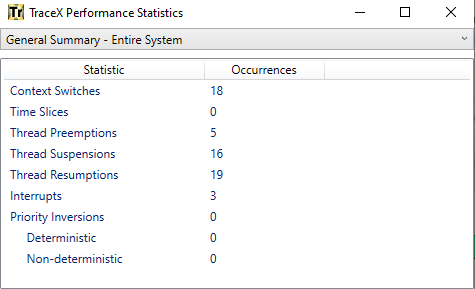