Here you can find a short&focused presentation with main capabilities for the FreeMASTER tool.

It is a very useful tools for real-time data visualization and MCU real-time control.

You can create some very interesting Web interfaces for your applications - have a look at this video to find out more.

In case you have comments and questions - please leave a reply bellow.

What's the best way to log values to the PC over an extended time?

I'm using an S32K144, and I've added variables like "Temperature", and while I can watch them in the scope, I'd like to create a log file (.CSV or similar) so that I can put the board in a test, and have Freemaster log temperature over the course of the test, which might run several hours. I need to be able to go back, look at the log/ file and see "OK we lost communication at X time and Y temperature", for instance.

My first thought was to set up a "recorder", however FreeMASTER says there's no space, and I'm also not sure there's enough room on the target to store a log - I'd like to just do it on the PC.

You can use the HTML or JScript capabilities to read the variables you are interesting in and then write it in a log/txt file on your host PC. Please check the Freemaster User Manual chapter 6: HTML and Scripting.

Freemaster support ActiveX component to let script-based code to access and control the target board application.

You can also watch this video: https://community.nxp.com/thread/455228 to see how you can use the jscript (short sequel)

dumitru-daniel.popa‌, thank you for the pointers!

I figured using the ActiveX controls via VBA/ Excel would be an optimal way to do what I'm trying to do (i.e. get value -> put into spreadsheet for log), but the included example won't even compile. Looking at the User Manual, it appears they're even referencing an old version of FreeMASTER (v1.3), so it's not clear how frequently anyone even looks at this stuff.

I'm currently seeing the following error on the line for "Set fmstr = New McbPcm" - indicating it can't initialize the ActiveX object (and yes, the Project has properly defined reference per the manual). Are there any guidelines/ help articles on how to create the objects and manipulate them for different communication methods (like CAN)? The User Manual goes through the different *methods*, but is pretty short on the recommended usage.

Since this is a FreeMASTER/ ActiveX issue, I wasn't quite sure where to put this - should I post something in the S32DS section? Or is there a FreeMASTER community page?

There is no dedicated community for FreeMASTER related topics - so you can leave it here.

Personally, i only tried HTML and JS. Pershaps you can use just JS and create an xls from with the data you need.

Can you recommend someone who has experience with such techniques? 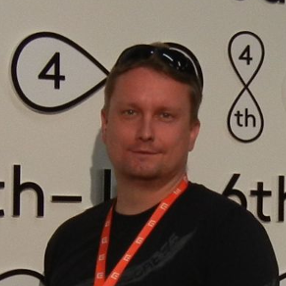 You also mentioned User Manual are referencing old version FreeMASTER v1.3, could you kindly send me the detail where is the old version 1.3 referenced?

That's the example folder I'm using - let me show you how I'm using the example and then I'll give some details on the software versions, etc. Unfortunately a commercial Matlab license is $2,150 USD - so it's a little overkill for reading some variables during testing.

I'll give JavaScript a shot - but it's pretty disappointing that this example won't work since it could *easily* be adapted to do what I need - and I imagine others could use FreeMASTER during their development phase for this type of testing, too.

First, I have FreeMASTER 2.0 open - I've successfully communicated with my target via both CAN and UART, so no issues there. At this point I just have the application open, not communicating to the target.

Then, I open the excel example from this location (c:\NXP\FreeMASTER_Serial_Communication_Driver_V2.0\examples\ActiveX_examples\Excel):

Opening the Excel spreadsheet, I obviously hit "enable macros", and then go into VBA to look at the example (identical to the user manual):

From here, I hit "Debug -> Compile VBA Project", where I'm given the ActiveX error from before:

Hitting "Debug" on this dialog points me to this line, indicating it can't create an "McbPcm" instance

Going into "Tools -> References" Verifies that the proper services are in the example:

The FreeMASTER 2.0 Manual shows version 1.3 being used in the Excel example here:

Please let me know why the example can't create the object - I should be able to tweak the rest.