Version 3.1 of the NXP FreeMASTER tool has just been published online.

The installer is available along with documentation and other resources at http://www.nxp.com/freemaster. There is also a video presentation of new features available in the desktop version. Another video shows the new FreeMASTER Lite and Node-RED integration.

FreeMASTER is a powerful data visualization tool developed and provided by NXP to help users monitor and control embedded applications running on NXP’s targets. It works with almost all NXP Arm ® Cortex®-M microcontrollers from both Edge Processing and Automotive BLs as well as with DSC and legacy Power Architecture, ColdFire and HCS12/Z platforms.

FreeMASTER 3.1 release extends the version 3.0 by adding the new features. Older 2.x and 3.0 installations may co-exist on the host system with the 3.1 version which should enable smooth transition of projects, dashboards and other work items from the older versions to the new one.

Version 3.1 is backward compatible. It supports variable monitoring, oscilloscope real time graphs, fast transient recorder graphs and connectivity to 3rd party applications. An HTML rendering engine based on Chromium with full support of JSON-RPC, HTML5 and JavaScript is available to create custom dashboards and other user interfaces that can run inside FreeMASTER or standalone in local or remote web browser. Older Internet Explorer rendering, ActiveX interface and protocols defined for versions 2.x are also still supported.

The following pictures shows high-level view of the FreeMASTER desktop application and FreeMASTER Lite interfaces, their connections to the target microcontroller applications as well as to 3rd party applications. 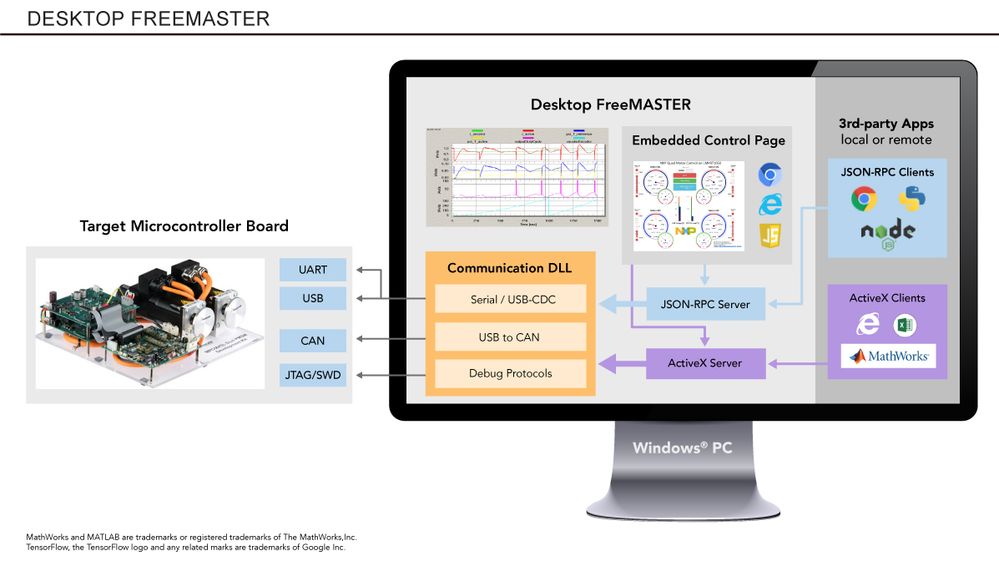 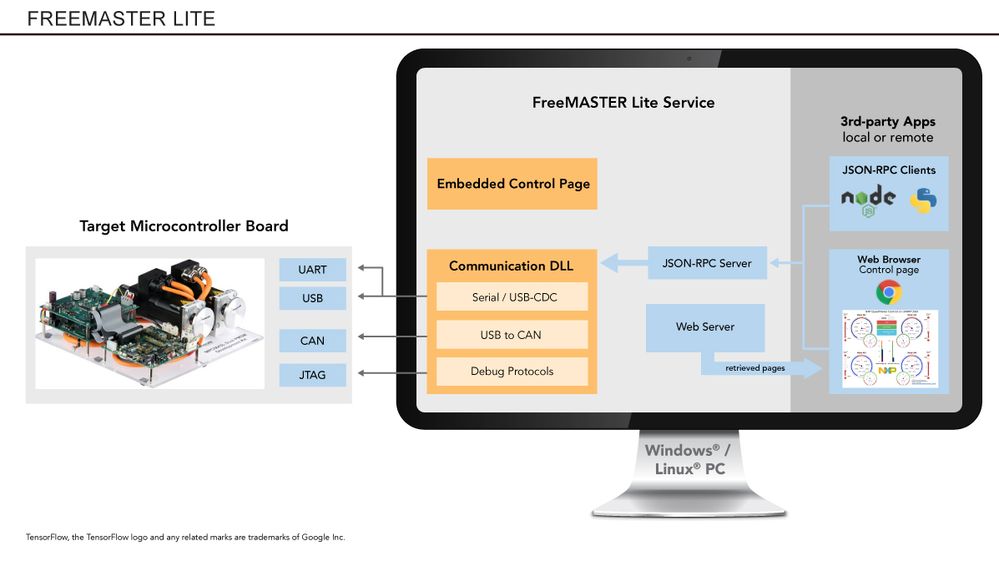