it's the same old problem on and on and perhaps someone can finally point me the way to get graphics acceleration to work.

I have a custom i.MX6s/dl Board with a little display and want to use the graphics acceleration. I built a Linux-Kernel with the Mainline Sources of Version 4.9.98.

I don't use yocto or another build-tool! I'm fine with my self-made compile-script for the Kernel.

In Kernel-Config / Drivers / Graphics support the following is selected:

The Root-Filesystem (Debian 9) is built with the receipe here:

Debian on the i.MX6 sabre sd platform in a few commands

After the basic Installation I added lightdm and xfce4. This works fine for me except the missing graphics acceleration.

And I added some mesa packages (Version 13 in Debian 9):

With the mesa-utils I testet graphics with glxgears and got a fps of about 36 :smileycry:

I already tried countless ways to get the graphics acceleration to work but with no success. I don't want to list them here but here are some examples: (which are mostly very old)

- compile and install xf86-video-imx-vivante-rel_imx_4.9.x_1.0.0_ga (Compile Errors with incorrect defines and structures. Did not compile!) also added imx-gpu-viv-5.0.11.p8.4-hfp for headers and libs

Many (all) of them ended with compile errors which I can't solve.

i.MX6 is now a rather mature Device and I can't believe I'm the first to try this. Isn't there a working way to get Graphics-Acceleration to work?

Do you need any further Information?

Hi. I didn't find way to configure DRM-device correctly but I did enable GPU acceleration with OpenGL ES support through  FB for my Ubuntu system. Maybe it can be useful for you: LIMaker/11-install_gpu_vivante.sh at imx6-KTN4-Qt5.9 · r3d9u11/LIMaker · GitHub

Hi kruglikov.dmt@gmail.com‌, currently I am trying to enable open gl for FB, I really don't need X11. I saw you shared a link but is broken. Do you know what options in the Kernel (4.9.88) should I activate in order to be able to use etnaviv and OpenGL? If you have an small user space application example would be great! I just want an starting point.

I forgot to mention I'm using an imx6 solo =)

Sorry, repository is in progress, yet.

First, if you want to use Etnaviv I suggest you use the latest mainline kernel (4.18) instead of 4.9, countless improvements have been integrated since then.

Then, the whole goal of Etnaviv is to get rid of the Vivante binary blobs, so installing xorg-drv-vivante/xf86-video-imx-vivante/imx-gpu-viv is definitely not the way to go.

If you plan on using X11 windowing system, you need xf86-video-armada:

Well, first thank you for this very quick answer.

What I have done:

In the provided README the package "libdrm-armada" is listed as required. So I checked out

I'm new to automake, but I think I have compiled libdrm-armada:

I installed libtool and then ran:

I managed to execute this without any warning, error, even without ANY output on console. So I think this was a success. I have a lot of new files YAY!

The README should give you all the instructions to build and install.

For further information, I suggest you join the IRC Freenode #etnaviv channel where Etnaviv experts are hanging out.

I read the README!

I tried the commands in the end of the Readme and it compiled everyting fine. So far so good. The etnaviv is now in my system.

I suppose the ETNAVIV-Kernel-Config must be turned off to prevent the Kernel using this module.

But after Bootup I got the following in dmesg:

Ok, so I'm now trying to use a newer Kernel-Version. But I need a LTS-Version with realtime-support. So I'm switching to 4.14.63.

Will keep you informed

I tried to instll xf86-video-armada like I did before. At first without ETNAVIV-Option in Kernel config.

I think it installed correctly, no errors were thrown through the process.

Without ETNAVIV enabled in Kernel, dmesg gave nothing about "viv".

The i.MX6 Solo doesn't have 3D Acceleration so I think this must be OK.

How can I test if the 2D acceleration is working?

Should the ETNAVIV-Driver in Kernel be activated or deactivated?

i.MX6 Solo have 3D acceleration (GC880). Etnaviv stuff was backported to Debian Strech so you need to add stretch-backports to your sources list (etnaviv_dri.so in libgl1-mesa-dri, libdrm-etnaviv1).

What about Xorg? Try to use Glamor in cooperation with modesetting driver [1]:

Nope, still doesn't work for me.

- made a new RootFS as mentioned here:

Debian on the i.MX6 sabre sd platform in a few commands

I tried with "testing" and "stable". "testing" seems to be very buggy at the moment because it doesn't display ANYTHING except a command-line.

- There is no xorg.conf in this debian. I tried to generate one with Xorg -configure, but it keeps saying there is no device to configure.

- So I just wrote a xorg.conf which has only your entries.

What else do I have to do?

By the way: is glxgears a suitable little test for just checking if GPU-Acceleration is on?

What further Information do you need? Devicetree entries? Kernelconfig?

Why does it seem that everyone manages to get a working GPU nearly out-of-the-box while I suffer one dead-end after another???

Ok "stable" is Debian Stretch right now. You wrote that it doesn't work for you and several lines below about "success" with "stable". So what is your goal??

You find out whether etnaviv_dri.so is used for rendering or not.

give you useful information.

Regarding xorg - So is it functional or not? What is your /var/log/Xorg.0.log?

Well, sorry for the wrong message <success>. I was young and dumb, now I'm only "and".

I think 43fps with glxgears is an index that there is no hardware acceleration. My fault.

Tried your commands and it seems that imx-drm is still used as driver.

Found out, that <etnaviv_dri.so> isn't installed. This is not part of stretch, but is part of stretch backports. So I did:
apt -t stretch-backports install libgl1-mesa-dri

and got the driver. But after that, it still isn't used.

I guess you also need libegl1-mesa and libgles2-mesa. You should also check size of CMA in kernel configuration (CONFIG_CMA_SIZE_MBYTES). You can also add kernel command line parameter (e.g. cma=256M).

No change to fps of glxgears. Still about 43 fps.

Have a nice weekend!

Well, as long noone seems to be able to help me, I tried some things by myself:

I built a completely new Device-Tree based on the newest Devicetree of NXP's imx6dlsabresd. There are some changes made since I portet from Kernel 4.5.

It seems that I managed to get some further in X-Initialization without errors. The glamor module now loads without adding the Debian package libegl-mesa0.

And also the screen goes blank when starting X. I think this happens when glamor loads.

Why doesn't it use the Display-Timings for my Display (1024x600) anymore although I added it in Device-Tree?

Why does it still report AIGLX crashes because of imx-drm? Shouldn't it use etnaviv-drm?

Marry Christmas and a Happy New Year to you all.

Hopefully I get further help in 2019 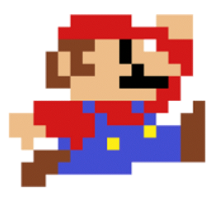 I was wondering if you were able to enable Xorg Vivante (GPU) accelerated video for your iMX6 board with Debian Stretch. I have a custom kernel based on 4.12.0 and the device tree is a modified one from sabresd board to be adapted for our boards. The IPUv3 has the display ldb (LVDS) and the framebuffer seems to be ok. Even the ETNAVIV drivers are compiled statically in the kernel and they are activated, so the drm drivers.

I have all libraries installed, and I compiled the ARMADA driver as in the following link: BeagleBoard-x15: Vivante GC320 GPU revision 5301 (etnaviv) 2d PE2.0 · GitHub

Now I am trying to have on a empty desktop Xorg a Qt application running using the best platform backend for this hardware. I think it is EGLFS. Or the driver provided by Armada/Xorg?

Here's what I tried today:

- Changed xorg.conf to card0. Without any change of result on my system. So I changed it back to card1. But will observe for further tests if it is card0 or card1

- Investigated the failed glamor start and found out, that the package "libegl-mesa0" from stretch-backports seems to be missing. So I installed it and the module glamor started. But sadly since then there is no more glxgears on my screen anymore. It just goes black.

Also there is still this Error:y

- I made the xorg.conf more precise by adding a Monitor-Section (see Attachments)