Project Description: There are two separate functions in the attached demo project:

First step is to initialize an array with all LCD pins number with  all BP's grouped together in the array and all FP's pin together inside the same array. This is done just for ease of implementing fault detection logic for both the function.

Detecting BP to FP fault is straight forward done using fault_diffplane() function but for fault_sameplane() function we first need to re-initialize the LCD pins as alternate BP and FP pins regardless of the pins being actually FP or BP.

Also fault_sameplane() requires re initialization of LCD pins as alternative BP and FP irrespective of their actual configuration in the application therefore user should carefully use this function(may be in the starting of code) in his application to avoid any problems.

After either of the above fault detection functions are called, the Fault counts are stored in a array

User can see the reduction in counts at the respective LCP pin index in the fault_count_difP[] & fault_count_samP[] array when those pins are shorted. 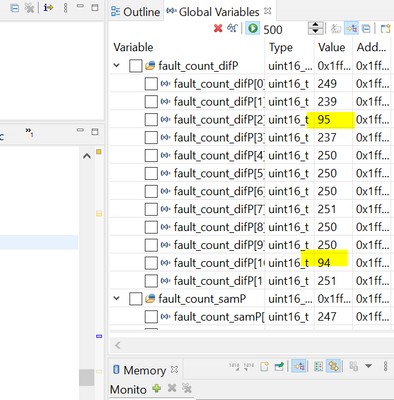 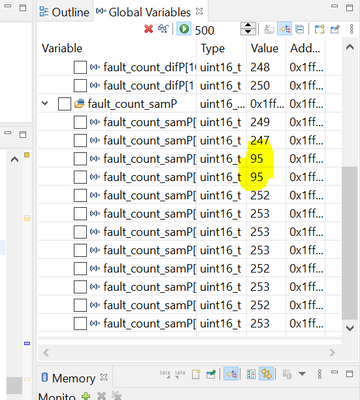 Attached is the reference project tested on FRDM K32L2B development board LCD.