Problem with printf() usage in can_pal example for a S32k144

Turn on suggestions
Auto-suggest helps you quickly narrow down your search results by suggesting possible matches as you type.
Showing results for
Search instead for
Did you mean:
Options
SOLVED
Jump to solution

Problem with printf() usage in can_pal example for a S32k144 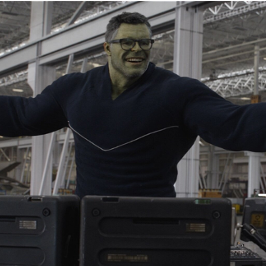 Hi, everybody,
I am using the S32k144 board to read simulated CAN traffic via an Arduino + MCP2515 module.
I was able to get NXP to read any ID sent by Arduino. Just for testing, I used the example can_pal and I verified that with any pair of IDs I send from Arduino, on NXP the red and yellow LEDs alternate (or green, I don't understand it too well...).
So I would say that on the reading part of the CAN I more or less understood it.
For safety, I also use a Peak device that monitors the bus so I'm sure that Arduino sends the messages (as a second control compared to the LEDs turning on...).
The problem is that I would like to print on the screen the "id" and "cs" field (which should be the Timestamp!) but I can't see them on the console even when I press run during debugging.
I've also tried to make different settings of the libraries from "Project Settings"-->C/C+++ Buildings-->Target Processor-->Libraries Support (honestly I've tried all of them besides "ewl c Debugger" which is the recommended one...).
I also noticed I can run in debag only if I use "flash_pemicro" and it doesn't work if I use "ram_pemicro".

Can someone give me a solution?

Thank you to anyone who can find the time to answer.

PS: Below I reported the part where I made some changes compared to the example (basically I just inserted the two functions before the while(1) and modified the id because they are the ones I send).

did you enable semihosting in your debug configuration for the PE micro?

Just go to your debug configurations and in the "Startup" tab there is a checkbox which says "Enable Semihosting".

did you enable semihosting in your debug configuration for the PE micro?

Just go to your debug configurations and in the "Startup" tab there is a checkbox which says "Enable Semihosting".

thanks for your help. I can print now.
Sorry if it was trivial, but I wouldn't have thought of changing the debugging settings myself.