This post entry provides a detailed description of how the Device-to-device communication demo was developed so that you can leverage this knowledge to integrate NFC into your own system. This document has been structured as follows:

The Device-to-device communication demo shows how NFC can be used as a cable replacement between two units or devices. It is based on the CLRC663 plus NFC Frontend and the NTAG I2C plus connected tag solutions. It demonstrates how NFC is used for:

The purpose of the demo is to illustrate how to enable device-to-device communication via NFC. It consist of:

The base board and the rotating sensor disk communicate via NFC and optionally, a tablet display can be connected via a Bluetooth Low Energy (BLE) connection (the BLE connection is beyond the scope of this post entry).

NFC for communication with a batteryless unit

The first scenario demonstrates the use of NFC for communication with a batteryless unit or sensor. Energy from the RF field generated by an NFC reader can be harvested to power up small devices so that a battery or other power supply no longer needs to be included.

In the following video, you can observe how as soon as the base board is supplied, it starts generating an RF field and automatically. Then,  all the electronics on the rotating disk are powered and its LED turns GREEN.

NFC for communication between two devices mounted in close proximity

The second scenario demonstrates the use of NFC for communication between two devices mounted in close proximity. For instance, any machine or device where sensors are inside or in close vicinity and the sensor needs to be completely sealed (e.g. waterproof, dustproof, etc).

In this demo, the bidirectional communication between the two units is demonstrated using push buttons, which light up LEDs on the opposite unit. For the base board to rotating disk communication direction:

With the other way around, for the rotating disk to base board communication direction:

The third and last scenario demonstrates the use of NFC to communicate wirelessly with two moving parts where cables may break. For instance, any solution consisting of a main unit and a sensing part recording mechanical-stress readings on moving parts.

In this demo, the accelerometer on the rotating disk continuously sends its coordinates to the base board, which lights up a specific LED according to the calculated angle between the two units. In the following video, you can see that the LED circle "follows" the movement of the rotating disk.

This section shows the architecture and main components of the base board and rotating disk.  The PCB schematics are attached at the end of this post entry.

Base board based on CLRC663 plus

The disk has been dismounted so you can better appreciate the different components of the base board. The base board is driven by an LPC11U68 MCU, which is a low-cost Cortex-M0 USB solution, with 256 kB of flash memory, up to 80 GPIOs and several host interfaces (more details on the LPC11U68 product website).

The NFC functionality is provided by our CLRC663 plus reader IC, an NXP high performance multi-protocol reader. It is the evolution of CLRC663, with a larger LPCD detection range, more output power (2x times higher transmitter current), larger temperature operating range and pin-to-pin compatibility with the former version.

Rotating disk based on NTAG I2C plus

The rotating disk is based on NXP solutions as well. This PCB board is driven by an LPC11U24 MCU, which is a low-cost Cortex M0 32 bit MCU, with 32 kB of flash memory, up to 40 GPIOs and several host interfaces (more details on the LPC11U24 product website).

From the LPC11U24 MCU, some of the GPIOs are used to connect the action button 3 and the RGB LED. In addition, an I2C interface port is shared to connect a temperature sensor, the accelerometer and the NTAG I2C plus.

The NTAG I2C plus is a family of connected NFC tags that combines a memory, a passive NFC interface with a contact I2C interface.  Functionally, the NTAG I2C plus behaves as a dual port memory. Therefore, the data can pass from an external NFC device to the embedded system. In addition, to this dual interface solution, it has more features:

This section describes how data is exchanged between the reader module (base board) and the rotating disk using NTAG I2C plus as a bridge (pass-through mode) between the two embedded systems.

In this demo, the reader module sends data to the rotating disk when any of its two action buttons are pressed. The NTAG I2C plus is configured in pass-through mode and the SRAM memory is used as conduit between the twto units.  The figure below illustrates a simplified representation of NTAG I2C plus memory seen from the NFC perspective (organized in pages of 4 bytes each). The red area represents the EEPROM memory while the yellow one represents the SRAM memory location. While the button 1 is pressed:

The operation that takes place while button 2 is pressed is pretty similar. Basically, it changes: the data written by the CLRC663 plus in the SRAM and the GPIO activated by the LPC11U24 on the rotating disk. More precisely, the steps are:

In the same way, while the two buttons are pressed at the same time:

The key message is that: what it is written in the SRAM controls the behavior of the rotating disk LED, demonstrating wireless data exchange between the two embedded systems.

In this demo, the rotating disk keeps sending data to the reader module for as long as it is powered by the RF field. Precisely, it continuously sends the disk position (via the accelerometer axis coordinates) and the measured temperature value. Additionally, an extra byte is sent while the button 3 is pressed. The actual steps are:

As mentioned, this data transfer keeps going for as long as the disk is powered. The key concept here is that the LED circle operation is directly controlled by the disk position and the axis coordinates which are exchanged via the NTAG I2C plus SRAM at any given moment. To illustrate this, the disk is rotated 90 º clockwise. The steps that take place are:

Last, while button 3 is pressed:

In the demo, the pass-through mode is used to exchange data between the base board and the rotating disk. The pass-through mode provides the SRAM for data communication and the mechanisms for the synchronization of the data transfer. This signalling can be done through the field detection pin or by polling the equivalent registers over the I2C interface. For the NFC to I2C direction, the synchronization can be done:

For I2C interface to NFC direction, the synchronization can be done:

The MCU firmware was developed using our LPCXpresso platform, which provides a complete development environment for LPC MCU and LPC boards. In the source code, there are five project folders:

The reader module MCU code leverages on the NFC Reader Library. The NFC Reader Library is a software stack for creating and developing contactless applications for NXP's NFC readers. This API facilitates the most common operations required in NFC applications such as: reading or writing data into contactless cards, exchanging data with other NFC-enabled devices and emulating cards.

In order to use the NFC Reader Library, a stack of components has to be built up from the bottom to the top layer. Precisely, the application requirements define which modules need to be enabled and which do not. For the reader module firmware:

As a result, the software components that need to be enabled within the NFC Reader Library are depicted in the following picture:

The reader module firmware starts its execution as soon as it is connected to the power bank. The firmware initializes the GPIOs, the UART for the tablet connection and the NFC Reader Library for the contactless operation. After all these initializations, the firmware code generates a new thread in charge of dealing with the disk operation. In this separate thread, the discovery loop for detection of Type A and Type V cards is configured and started. After that, the firmware keeps listening until the NTAG I2C plus is detected (i.e. the disk is mounted). On detection, the operation with the rotating disk starts:

At this point, the program awaits to receive data from the rotating disk. For that, it keeps polling if new data was written in the SRAM by the I2C interface (SRAM_RF_READY register bit is set). If new data is available, the SRAM is read and the data is processed:

The MCU firmware was also developed using the LPCXpresso platform.  In the source code, there are four project folders:

The rotating disk firmware starts its execution as soon as it harvests enough energy from the reader's module RF field. The first operation taken is to enable the pass-through mode. Then, the firmware stays on a loop for as long as it is energized.

In this loop, it sets the SRAM into RF to I2C direction (TRANSFER_DIR register bit) and waits until the base board has written data. After data has been written from the RF side, it reads the SRAM and checks the last byte:

After receiving data from the base board, it prepares to send data back. For that: it checks the button status, it reads the temperature value and the accelerometer position. Once all the data has been collected:

This loop is repeated for as long as the disk is powered. The following figure depicts the rotating disk application workflow in detail:

On 9 March 2017, a live session explaining the device-to-device communication demo was recorded. You can watch the recording here:

Please see attached in the separate attachment section below.

Please see attached in the separate attachment section below.

Quick-start guide for showing the demo

Please see attached in the separate attachment section below

The android app can be used on a tablet or smart phone connected via BLE to this demo to show additional parameters, and to have a bigger screen for demonstrations. You find it in Google play ("device2devicedemo") and attached below.

Thanks for demostration of device to device NFC communication.

What should be done to increase reading distance up to 30cm of reader module without increasing antenna diameter?

Can use of active tag instead of passive tag help to achieve this?

The link http://nxp.com/assets/downloads/data/en/software/Device-to-Device-demo_SourceCode.zip does not seem to work for me, would it be possible to post a working link to the source. 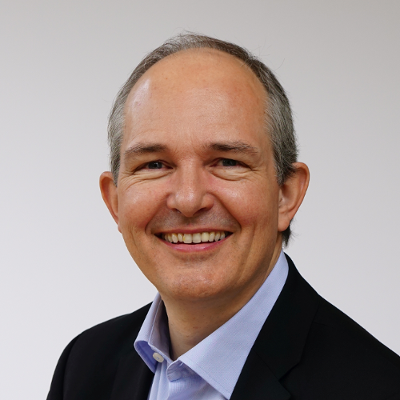 Hi - just to let you know, we are working on getting the link back. Will take a few days.

Hi. The link continues to be broken. Any news on this?
How soon do you expect it to be back again?

Hi Antonio and philipmcu (and all others who were looking for the source codes), as the link continues to be broken, I just posted the package as an attachment to this article. I hope this helps. Please share your application if possible - I'm curious, and I hope this inspires others as well.