I am trying to configure a project that will run on both the MK60DN512 and the earlier MK60DN512Z parts, but I am having an issue with the comparator inputs.

The reference manual for the Z part shows:

and the equivalent table for the non Z version shows:

However, I have looked through the AN4445 application note that details what was changed between 1.x silicon and 2.x, and it doesn't seem to be mentioned.
The only other mention of the CMP#_IN2 input is right at the end of the non-Z version document, in the appendix where it details document changes for version 2 of the document:

but it doesn't indicate why those changes were made to the document.

Does the Z device really not have those internal connections, or was it a problem with the document which was later rectified?

Thanks for the observations, but in new documents, (both MK60DN512 with and without z) have cmp input connection the same in the table. So, theoretically the configuration and the portability should be the same

Here is where you can download the newest document

I hope this help you

OK, the file you can use for this micro is https://www.nxp.com/webapp/Download?colCode=K60P121M100SF2V2RM .

Just for information, you can know the difference between the nomenclatures of the micros that are similar using the format table (page 5 on the document Kinetis K60: 100MHz Cortex-M4 256/512KB Flash (121 pin) (nxp.com)). 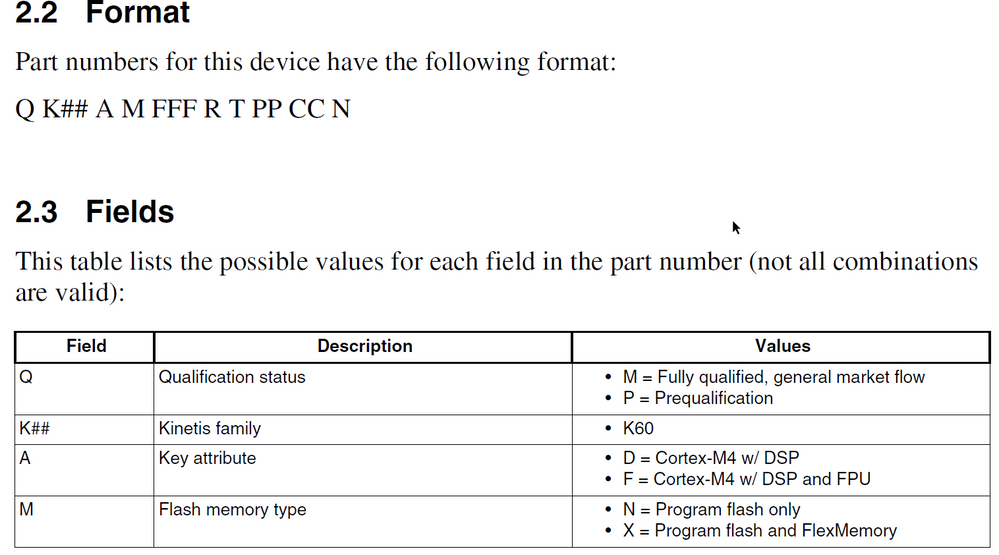 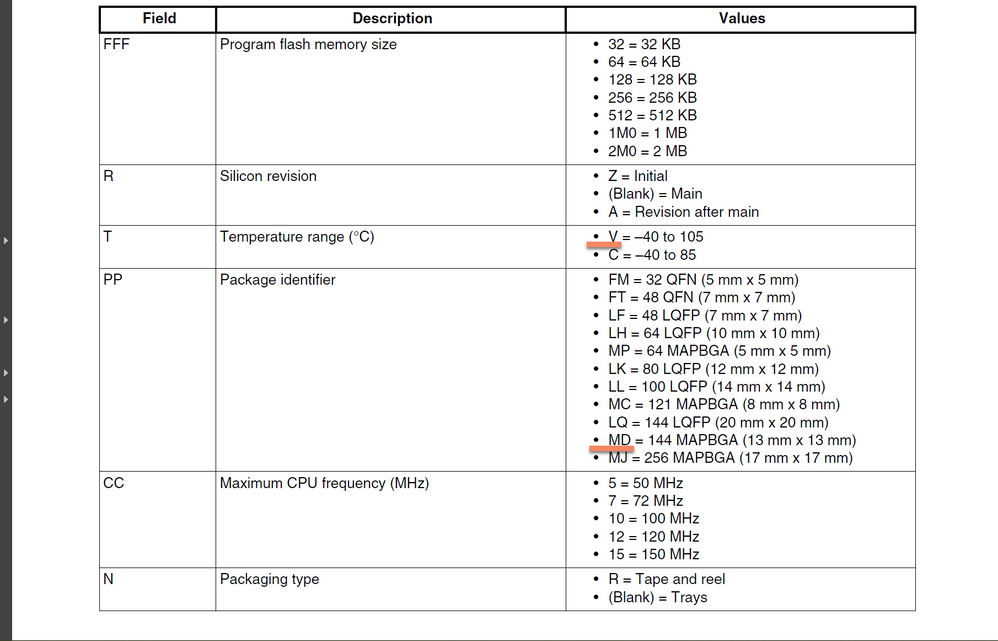