I have encountered a strange problem while using CodeWarrior v10.7 with S12.

TLDR: under certain circumstances the increment operator (++) used on a 8bit uint compiles to inc.w and therefore the variable allocating the next byte in the memory gets incremented.

The structure containing the variables:

The segment of the code in question:

test_var is a variable mirroring all the operations of the FilterCounter. The only difference is, that it is declared as a static uint8 inside of the function, while the structure from above is declared as static in the .c file (outside of any function)

So, if I compile the code I get the following:

(test_var++ is also there, but it is in a different address)

The reason because I do think this is a bug is, that if I switch the if statement to the one containing test_var

This is what I get:

(also, it does not need to jump in order to increment the second variable)

In this case the code compiles to the following, independent of which of the if condition are being used:

As for now, I can go with the latter, but I do not think this would be an intended behaviour. Can anyone reproduce this?

As for the screenshots; I know it is strange, but my company guidline does not allow me to share source code, in any form. This is already 'grey zone'. 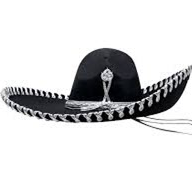 Could you share a simple project to reproduce this behavior?