I have a question regarding to the boot data format of the bootable image.

The boot data is in the following format.

For the HAB signed boot, the bootable image would contains the additional HAB data.

Would the length entry of the boot data include the HAB data length or only the application image? 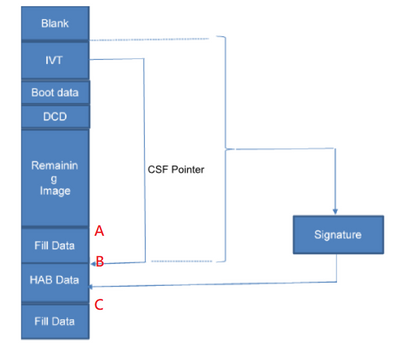 To be more clear, the value of the length entry of the boot code should stop at point A, B or C?

Thanks for the reply.

I have one follow-up question regarding to the entry data of the ivt region.

I encountered a weird issue after using the HAB signed boot.

For trial, I used some small applications like led-blinky and it worked well.

After deploy my own application(around 350KB code size), the MCU would hang or crash when executing a certain function.

After comparing the binary file built from McuXpresso and the signed binary generated by the NXP-MCUBootUtility, the entry data of ivt is different.

After manually modify the ivt entry data generated by NXP-MCUBootUtility to 0x60002000 and sign it again, the code works well without crash or hang.

So I am quite confused about the entry data of the ivt region.

Some articles in the forum suggested that the value that NXP-MCUBootUtility generated was correct but some application note from NxP said that it should be 0x60002000.

I would asume that if this value was wrong, the whole application should not be working, not only a certain function.

I also realized the MCUBootUtility put 0x60002305 as a entry address rather than address used by MUCXpresso project. Do you know why? address 0x60002305 is not even 4-byte aligned. 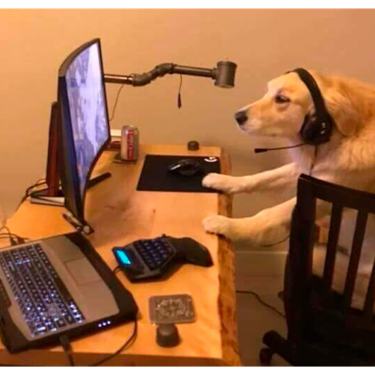 If you have more questions do not hesitate to ask me.
Best regards,
Omar