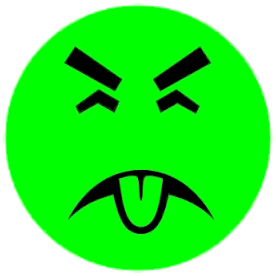 However, occasionally while the driver is actively cloning, the HDMI will intermittently go dark. While it is dark, the HDMI monitor tells me there is no signal.  It is as if the HDMI phy has shut off.

I'm also noticing while this is happening, the temperature of the CPU is ~60C as reported by:

Is there a thermal limit on the HDMI phy?

If not I'm wondering what else could be causing this intermittent shutdown of the HDMI signal from my i.MX6DQ?

one can try to increase hdmi drive strength

About Drive strength of HDMI in i.MX6DQ.

Try to reproduce issue on nxp sabre reference board to check

There also can be linux "blanking" :

How do I prevent the LCD from turning off after 20 min ?

I've disabled the FRAMEBUFFER_CONSOLE in the kernel configuration.  So I don't think the problem is the Linux screen blanking.  However, I hadn't considered the HDMI drive strength.

I'm using 2 different LVDS panels to develop this driver modification, one is 24-bit (RGB24) and the other is a 16-bit (RGB565). All 3 monitors (both LVDS and the HDMI) work flawlessly for 30 min or longer using the unmodified driver, and the HDMI works with either a 24-bit frame buffer or 16 bit frame buffer.

The cloning driver works flawlessly to drive both the 16-bit LVDS and HDMI frame buffers for 30 min or longer.  The blanking problem appears about 4-5 minutes while cloning 24-bit buffers for both LVDS and HDMI.

One of my early problems cloning the 24-buffers was figuring out the pixel packing order.  Even though both the 24-bit LVDS panel and 24-bit HDMI pannel use RGB24, I ended up needing to change the ipu_task input format from RGB24 to BGR24 and leaving the output format RGB24.  That combination ended up scaling with the correct color on the output monitor.  Other pixel packing orders produced scaled images but with incorrect colors.

Is it likely that the drive strength is borderline so that it works with a 16-bit buffer but doesn't work with a 24-bit buffer?

Hi,
Were you able to find the cause of the issue?

Even I am facing similar behavior with custom board. All I am doing is playing H264 encoded 1080p video received over ethernet. I also observed that when temp hit 56-60° C mark, issue starts appearing. I tried disabling temperature control of i.MX and the issue still persists.

It would be great if anyone can shed some light on possible solutions.

one can try to cool/heat part to see difference.