I was hoping someone could point me in the right direction with my boot sequence. I have an 8MMINID4-EVK and have been playing around with it in android for a bit. But now I wanted to start it up in Linux I am finding it very troublesome. I first tried to download the example Linux files but none of them worked for me. When starting they failed their DDR4 memory initialisation (see training log below but instead of PASSED it went FAILED). I realised, through playing with the DDR tool, that this was due to them not being compiled for the DDR4 version, but rather the LPDDR4 version.

This leads me to my first question, where can I find pre-compiled Linux systems for the DDR4 version?

I did get past this to try and boot into something by compiling my own version. For that I used the following commands on a fresh installation of Ubuntu 18.04 on a virtual machine, set up through VirtualBox with guest utils added, and a USB filter to make the SD card go through to the VM. The SD card gets recognised as /dev/sdb.

In other words it looks like it cannot find the image in the correct place (or it is malformed) (or it cannot read the SD card). If I mount the SD card onto my computer I can see what I would expect, pictures below.

I also tried renaming the Image to zImage as per the assumption in 4.7.1 of the Linux User guide. And lastly under 4.7 I tried running some of the commands suggested, below is the command line prompt, which again suggest a problem with the card.

For more information I have also ran fdisk below to show the partitions.

I thought for a moment here that this might be due to the filesystem not being in the correct place as I am using a 32GB SD card or some similar reason. So I went through 4.3 in the Linux user guide Rev. L4.14.98-2.0.0_ga from 4.3.3 onwards. The partitions there are slightly different and I made the card as described (there was one thing I wasn't sure about which was the name of the <U-Boot Image> I used "u-boot-imx8mmddr4evk.bin-sd", and also "u-boot-spl.bin-imx8mmddr4evk-sd"). This way of preparing the card never gave me anything on the debug interface, i.e. it never got into the U-Boot.

Below are the commands I used to prepare the card in the way that didn't do anything. The partition numbers are directly from the Linux User guide chapter 4.3.3

I have made a break here to show the output of the last partition table list, the commands carry on below. The offset of seek is set as 33 for the i.MX 8M Mini.

So for my second question. How can I fix the MMC card init failed when using the dd without the partionining.

For my third question. Where have I gone wrong in preparing the card manually in the partition table, i.e. why does it not go into the U-Boot and at least get to the same place as the previous one? Bonus question, what is the <U-Boot Image> name (ls output below)?

My thought on the third question was the dtb, however that is never mentioned in the Linux User guide under the SD card preparation chapter. There is also no mention of populating the first partition, which as far as I can tell should be populated with at least the Image, dtb etc. files.

I have used a Ubuntu version which isn't recommended, but as it built fine I thought that wouldn't matter, I am more than happy to be corrected on that if it means this will work. I also welcome any pointers of what I could do better/what I have done wrong.

Apologies if I have left anything obvious off, this is my first time compiling a Linux system like this.

Thank you very much in advance!

The link above doesn't seem to work. Could it be removed? You don't have the possibility upload it again?

I will be back on this in a couple of weeks. But to give you quick hand, "I know how frustrating it is sit for an answer seems so silly for others";

But to answer your questions "I am on DDR4 version so it is SD boot".

editenv to change to correct mmc.

mmc rescan should give you clue.

u-boot env that worked for me is below

Thank you very much for your response, I think it is towards the right way but I do not understand exactly what I need to do to get there. My environment variables are exactly the same as the ones you posted, except for the mac address and there is an extra space after one of the semi colons in netboot, but I cannot see that making a difference.

I will try and have a further look into this and see where I get to. I will update if I manage to get it to boot.

I got my setup running with local build. It turns out; I had to change the boot env for local built images. Not sure why this got overwritten. As I had not changed the partition for boot image.

Specifically I had to change the boot device to emmc1

jh_mmcboot had wrong dtb  file. So if you correct that it should boot and work just like pre-built images

Hello Vijay and thank you for the reply.

I have wondered about environmental variables and whether it was something like that but I hadn't come to any conclusion which sounded sensible. I had gone through the file found in my example under "sources/meta-fsl-bsp-release/imx/meta-bsp/conf/machine/imx8mmddr4evk.conf". This is as far as I understand the file which sets the variables up using fsl-build-setup as it is the one which is pointed to within the script (using the variables I have given in my bitbake commands).

As I was looking through this file I do not see anything that jumps out. I have included the file below for clarity.

I have ran through it all again re-doing the build and going through the two methods of writing to the SD card presented in the Linux user guide, but I always arrive at the same conclusion, unable to read the kernel image on the SD card.

radhika.somaiya@volansystech.com‌ you mentioned using the pre-built images with the ddr4 names. I have tried creating an SD card using those, however as they aren't as straight forward as a pre-made SD card image I cannot rule out that my process to turn them into a bootable SD card is somehow wrong. Are there any guides on how one should do this? The last thing I tried was to do the commands as:

Thinking that by writing the file system as per the sdcard image and then later replacing the bootloader section that would help but it came to the same conclusion as everything else I have tried, i.e. the MMC init failed message and only booting into U-Boot.

I ran through some MMC commands on the U-boot to add to the information provided in case it helps someone spot the error. The logs can be seen below.

Again I hope someone is able to lend a hand with pointing me in the right direction.

I have same issue, did you get any update for the flashing your local built images. In my case i am building core-image instead of fsl, does not make much difference. I tried using pre-built u-boot image, as I am interested in zImage(uImage) and filesystem from local build. Stuck with dtb missing.

I haven't still got it to do what I want it to do with the local built images. The comment from radhika.somaiya@volansystech.com above helped me to get both builds to the same place, i.e. the u-boot loads but then it cannot read the SD card.

I tried quite a few things to get it to boot, including all of the techniques shown in the Linux user guide. No matter what I do I keep hitting the same error of stuck in u-boot with the SD card not being read (I am suspecting the partition table at the moment but I don't know how to fix that). Next time I get a chance I was going to look through what is required to be there for u-boot to understand the table, I was also going to get another SD card to check it wasn't something silly like that, although I don't have any problem with reading the partition table or the contents on my computer so I know I am grasping at straws.

If anyone has any suggestions I am kind of at a loss with this still and would love any help I can get with getting it to actually boot into the Linux, or even just recognise the SD card at this point. 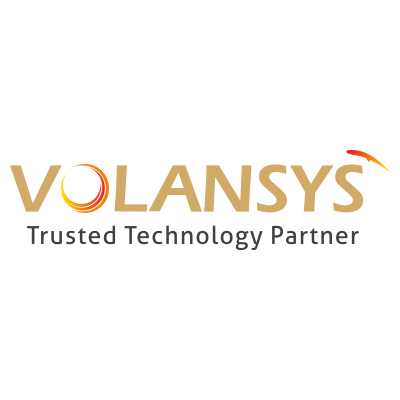 You are using i.MX8MMINID4-EVK, So when you download the images you need to choose the u-boot and all other images with ddr4.

The link you have shared has stopped working. Could you upload the image again?