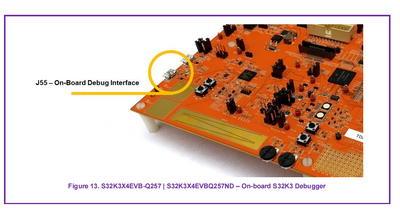 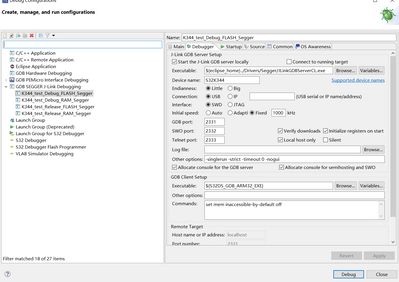 FreeMaster was also installed on my laptop, but it seems doesn't support debugging either.

And my code is also attached for you information .

do you have NXP GCC v10.2 installed? This seems to be missing based on Console output. 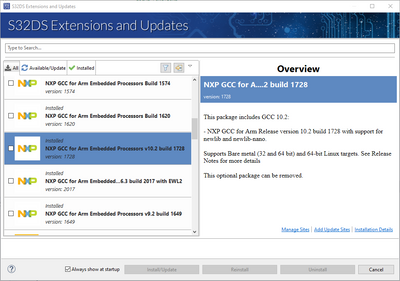 check if interface appears in PC's Device Manager.
After USB cable connection I can see 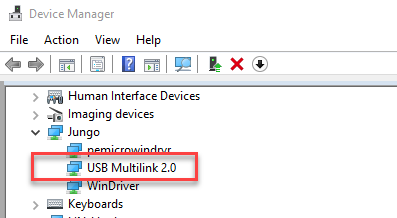 Then within Debug Configurations of the S32DS 3.4 select desired project debug config from "GBD PEMicro Interface Debugging" and within PEmicro Debuger tab select below interface

Finally click on Debug from this DEbug config window.

thanks a lot. Your suggestion is tried but I got a 'Error while launching command --version' , like below:

Could you please give me further support? I'm trapped . 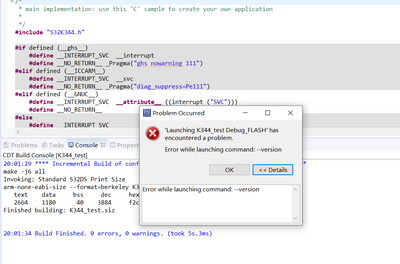 For your reference, Following possible combinations are tried, but same launching error is got.

1) the P&E multi-link 2.0 device works well in my device manager (my window 10 is Chinese, I translate the status hint into English) 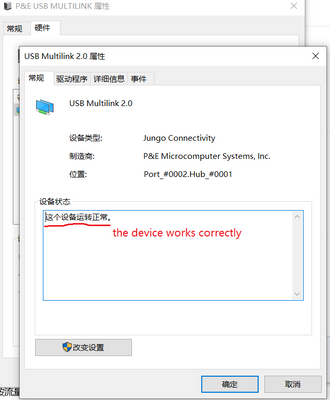 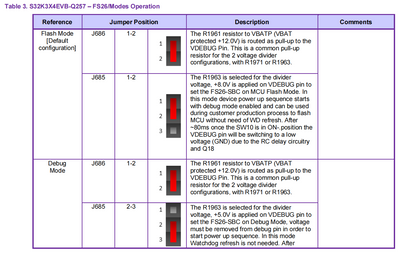 Thanks for sharing the information.

i can see you build finished successful, if you ignore error and click OK,  can be normal download the firmware.

on the other hand, all path should not have Chinese  characters, kindly help to try to do it again. 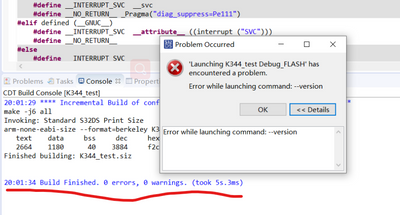 The building of very simple project is OK, but even I click on the 'OK' button, the debug session failed.

And the port_example project can't be built.  I'm still fighting with it.

try to follow getting started guide https://www.nxp.com/document/guide/getting-started-with-the-s32k3x4evb-q257-evaluation-board:GS-S32K.... Probably you did it.
Open/debug  some demo example and use its Debug configuration. i used e.g. 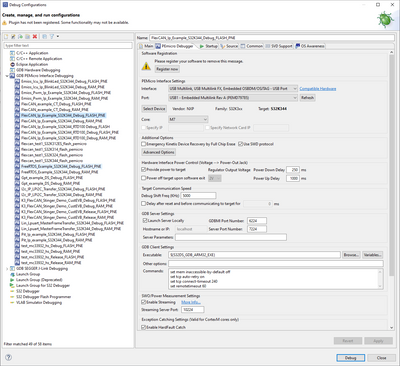 It is connected properly and can be debugged.

I tried as the getting started guide https://www.nxp.com/document/guide/getting-started-with-the-s32k3x4evb-q257-evaluation-board:GS-S32K.... . told me.

But the building of Port_Example_S32K344 failed, so I created a very simple example to start the debugging work.

Your support for the building failure is also very appreciated because I have no idea for it either.

the error hint is:

but the compiler didn't tell me which file or directory can't be found . So I don't know how to fix it.

The whole project and S32 DS console output are attached.

the file 'example_Port.mex' was opened as the guideline .

But it doesn't matter.

2) It told me the Pin configuration is not enabled. I enabled it, but in fact , I thinks it is not important because SIUL is not used in the example. 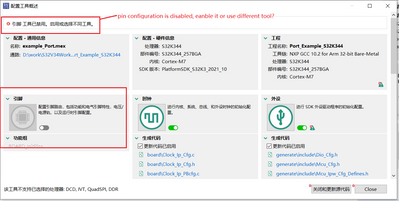 Not matter I enable or disable the Pin configuration, the 6 building errors are same.

Yes, i use the sample code to compile. it is normal work.

you can check you GCC 1728  and linked resource path again. thanks. 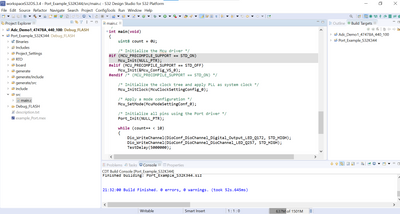 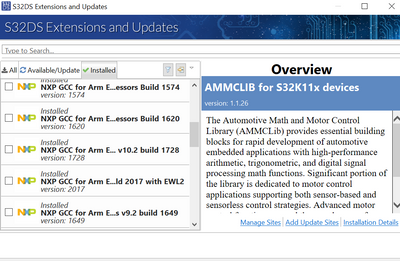 do you have NXP GCC v10.2 installed? This seems to be missing based on Console output.

thanks a lot for your kind support!

After the building environment was setup on another laptop, the building and debug of port_example project succeeded.

the laptop is Thinkpad with Intel CPU.

Thanks for sharing the information.

i'm also curious that what reason caused this issue. as usual, the software compile environment has a little requirement, such as Linux, windows 32/64bit, GCC10.2 etc. would you like kindly help to check it again and clarify this issue. thanks.

After re-install the S32K344 tool-chains on the laptop with AMD CPU, the port_example can be built.

What is the root cause of the issue before re-installation, sorry I don't know.

But the NXP GCC V9.2 can NOT be uninstalled because there is dependency with S32Kxx development package

Maybe I have to re-install the whole building environment