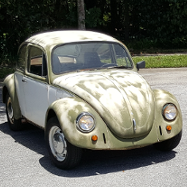 w2vy
Contributor V
I am trying to load a new kernel into my RDB and I am finding the Port Speed is 1GB and I am on a 100MB Network.

Is there a way in UBOOT to change this?

aurelihein
Contributor I
When you use a PHY for 1GB, you won't have anychoice you will have to use 1GB, but 1GB works on 100MB I don't see your problem...we are using a mpc8313erdb board and it works perfectly with a 100MB network.
You are welcome

I also tried TSEC0 which reports it is 100M but I still can't ping.

It has pinged (and tftp) ok once or twice and I can't figure out what enabled it to work.
I am assuming it is something in my local net not the board

abartky
Contributor IV
Tom, et. al.
When I first started playing with my board, I also was having difficulty TFTP which at one point I attributed to speed issues, it turned out it wasn't speed, but "other" traffic.
After a lot of playing around and searching around the web, I was able to find out that u-boot on the MPC8313E-RDB board is extremely sensitive to other traffic on a network.  There were posts on the Blackfin processor site saying that u-boot would fail in cases where it received other traffic on a network and would fail at all speeds.  It appears also that they were able to fix it by changing the u-boot code to be less sensitive to other traffic being received, but I couldn't find any follow ups if it ever made it back into the main u-boot source tree.  The symptom you get is where when running TFTP you get so many timeouts that it fails.
The key for me turned out that u-boot TFTP can be made reliable, but only if you do a direct back to back connection between the target board and the TFTP host.  In that case, you may get an initial timeout, but after that, it downloads fine.  It also works on either ETSEC and works at both 100 MBPS and 1 GBPS connections.  So you should not have to change the speed to get TFTP to work.  If you notice all the instructions and samples from Freescale always tell you to directly connect, so if you are not doing that, I highly recommend you don't TFTP with the current u-boot SW on a network connection (unless you can guarantee the target board doesn't receive other spurious traffic).
Another thing to note is that when it comes to ETSEC1 (called TSEC0 under u-boot) is connected to a Vitesse switch chip on the board, so from what I can tell, that port always runs at 1 GBPS, but the actual 5 physical ports on the board will run OK and automatically at 1 GBPS, 100 MBPS or even 10 MBPS and the switch chip will take care of the speed mismatch.
In the case of ETSEC2 (TSEC1 under u-boot), it is not connected to a switch, so if you plug a 100 MBPS connection into it, it will auto-negotiate from 1 GBPS to 100 MBPS (or 10) and also report that speed under u-boot.
Hope this helps,
Alan
P.S. Wouldn't it have been nice if the numbering of the ports between Linux, u-boot and the Freescale chip were the same?  It certanly adds to the confusion.
0 Kudos
Share
Reply
812 Views

w2vy
Contributor V
That makes sense based upon what I am seeing.

Thanks... now to find out what changes they made...

Maybe Flash Card or USB Pen drive can be used to load code...