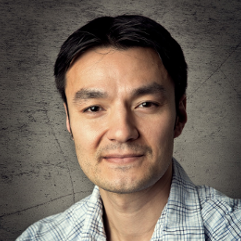 I have found a Bug in either the Software, Hardware or both that causes the

For my example, I am using an Android-Device operating in Host-Card-Emulation mode.

values for both the SW1 and SW2 bytes.

I've changed the  SelectPPSE array (SELECT APDU Command) to use a custom AID to target the HCE Application running on the Android-Device;

The resulting behavior is as follows;

- I bring the Android-Device to the PN170

- within /Application/nfc_task.c we have the following sequence of function calls repeat while the Android-Device

Ending with a "Select PPSE failed with error.." print line, before we start back at the top of the task_nfc main loop once more.

- Eventually (within a minute or less), the prior sequence stops occuring.

Removing the Android-Device, then bringing it, or any other NFC device to the PN170 will now not have any effect. The PN170 can no longer detect any NFC devices at this point!

- From pausing execution, we seem to be stuck in an NFC signal detection loop of;

- Only in restarting the PN170 can I get it to again detect NFC Devices normally as before.

Is there anything that can be done to fix the state of the PN170 application without having to restart it,

once it gets into this state?

Perhaps a command to drive a signal to the affected Pins/Ports, to get them to reset themselves?

I ask since I view this behavior as a potential exploit, that could be carried out either by chance or through malicious intent.

Sorry for the late reply. I am working on this issue that you are facing

I want to confirm the modification or the set up that you did.

Could you please define the properties of the project?

However, I am running the same test and I reproduced the same issue that you are facing. I am checking this and I will get back to you as soon as possible.

Besides the settings I had mentioned in my last post;

- I have defined the NO_NDEF_SUPPORT symbol, as  I am only interested in performing Raw exchanges (Non-NDEF) of data between the PN170 and other NFC-Devices

But even with these symbols as defined, the issue as I'd reported still persists.

Below are some modifications I made to the code that seem help mitigate the issue, such that I do not

have to restart the PN170  in order to get NFC detection working again.

The gist of it is that I periodically restart the NCI-Discovery, based on the last time it was started/restarted which seems to reset the Pins/Ports back to a working state.

The only issue with this approach is that it seems to negatively affect the success rate of NFC communication in general, especially if I run it over shorter intervals.

Let me know if you are able to determine a more viable solution.

do {
// We callback to restart discovery as needed
rw_callback();

I am checking this and I will get back to you as soon as possible.

I have been following the issue that you are facing.

I confirmed with the R&D Team and the workaround that you are implemented is correct.

Please let me know if you still have this issue.