When clicking "Debug" on the Quickstart panel, the following errors show up: 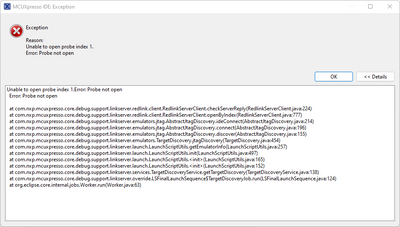 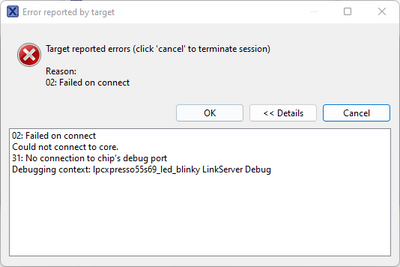 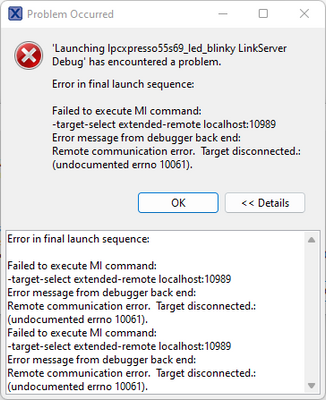 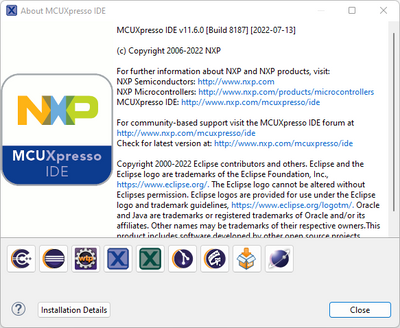 This is the installed SDK:

I have already reinstalled MCUXpresso and the SDK, tried several different ports on my PC, different USB cables, and had no luck. I tested with another PC and I was able to flash and debug successfully so it is not the board.

I tested with another PC and I was able to flash and debug successfully so it is not the board.

So obviously it's your PC. And you are not alone.

What is different with your PC compared to the other PC where the probe works (windows version)? Was the installation process performed differently (e.g, did you install all drivers, did you "grant access" that was requested)?

I suggest to try again with the recently released MCUXpresso IDE V11.6.1.

Further, you could switch PCs. 🤷‍

If nothing works, I'd suggest to switch to a Segger J-Link debug probe.

The installation process was the same, same version, I allowed all drivers to be installed, and installation was performed on admin accounts.

Yesterday I tried with the newer version of the IDE and had the exact same issues.

Yeah, at least I got it working on one PC and if all else fails I'll use that in the meantime, I just hoped there was a solution to this but oh well.

I test on my side, but I could not replay your issue, could you try to erase the flash?

Are you using the USB port with the label Debugger? Is the LED turned on when you put the USB cable? Did you do some modifications to the code? Do you have any connection in the pins of the board?

could you try to erase the flash? 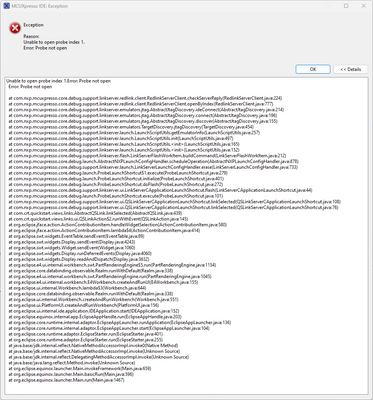 Are you using the USB port with the label Debugger?

Is the LED turned on when you put the USB cable?

Yes the Power LED is on when plugged in.

Did you do some modifications to the code?

No, the code is as is when following the guide, I'm attaching the project

Do you have any connection in the pins of the board?

No, I only have the USB cable connected to the board, no other cables is connected or mounted on the board.

Ok, maybe the MCU is in the brick state, for getting out of that state needs to enter ISP mode and do a mass erase of the flash. 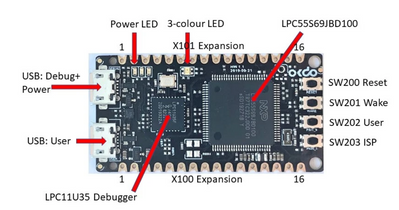 Without any USB cable please push down the button of ISP SW03 (PIO0_5), then connect the USB cable in Debug+Power, then when the device is powered release the button ISP.

Then in the IDE again try to do a mass erase.

I still have errors: 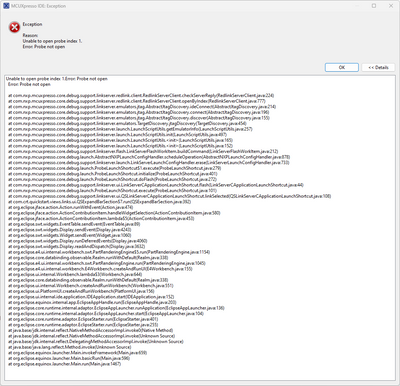 Sorry, I forgot 1 step could you review again the last response, and do it?

I tried with the updated instructions and still had no luck, I got the same errors.

As other poster suggested, I installed the newer version and I still got the same issue.

There is some confusion on this thread because it references both the lpcxpresso55s69 (the standard NXP EVK) and in the subject and in some other places it refers to the OKdo LPC55S69 E1 board. I'm guessing you are using the E1.

The E1 board has the LPC11u35 based debug probe, so isn't supported by LPCScrypt (which is for the LPC-Link2 type debug probe.) I dont have an E1, but what I describe below should work.

First step is to check if MCUXpresso IDE detects the debug probe when it starts a debug session. This is called "probe discovery" ... you should see a dialog appear showing the probes that the system can see, which should be an LPC11U35 probe in this case. If you see that, then the problem is probably down to the system not being able to get debug control of the target LPC55S69 device. Skip this next part in blue if probe discovery shows the LPC11U35 probe. Looking at the errors, it seems the IDE did already find a probe and you dont need to mess with the firmware, but I'm going to leave the info below for the benefit of others who read this thread

OKdo use (basically) the same firmware as NXP's LPC11u35, which we use on our LPC800 series boards. It is a basic DAP-Link implementation by Arm, with a VCOM (UART); note that it is not OpenSDA based. A few steps to try if MCUXpresso IDE doesn't see your probe:

The LPC55S69 boot ROM is intended to be secure, its possible that an application can boot and prevent debug from attaching. It can also happen if the code is in a very tight loop. The best way to recover from this is to put the part into ISP mode by holding down then ISP button while pressing and releasing the reset button. After doing that try the debug session again. If this doesn't work try holding down ISP while power cycling the board, then retry your debug session (this is because a pin level reset wont reset absolutely everything in the device - details are in the device manual). When you place the LPC55S69 in ISP mode it is sitting in a loop waiting for an in-system programming operation to start, and will respond to a debug request. You can also try using the mass erase feature in the Quickstart panel to remove any troublesome code, preferably after doing the power-cycle type ISP mode entry.

Hi Brendon, thanks for the reply,

Actually, I can see the probe: 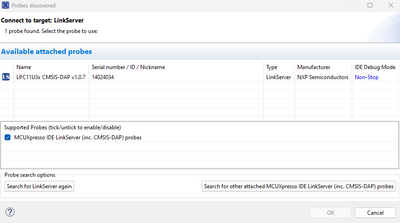 And as you mentioned, it also shows up on Device Manager: 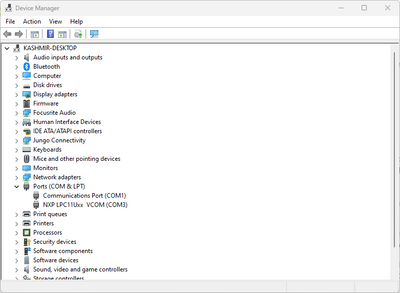 But it shows the same errors, even on ISP mode, I flashed the blinky app on another PC and I can see that on ISP mode the LED is not blinking, but I can't seem to flash or erase it.

It seems like the LPC11[debugger] is in brick mode. You need to update the firmware with another debugger using LPCscrypt.